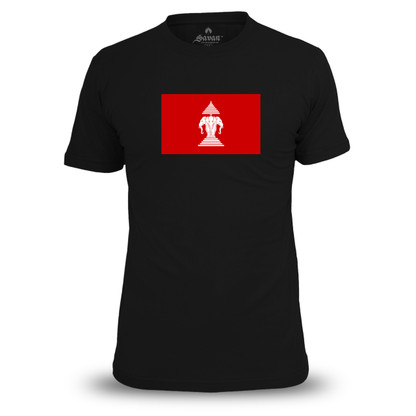 Flag of Kingdom of Laos

Until the fall of the royal government in 1975 to the communist, the country had a red flag with a white three-headed elephant in the middle. On top of the elephant is a nine-folded umbrella, while the elephant itself stands on a five-level pedestal. The white elephant is a common royal symbol in Southeast Asia. The three heads referred to the three former kingdoms; Vientiane, Luang Prabang and Champasak, which made up the country. The nine-folded umbrella represents the level in the Buddhist Cosmology from the mythical Mount Meru, home of the Gods. The pedestal represented the law in which the country stands on.